The days action left us with the following signals: C-Hold, S-Hold, I-Hold, F-Buy. We are currently invested at 100/C. Our allocation is now +12.23% for the year. Here are the latest posted results:

Now lets take a look at the charts. All signals are annotated with green circles. If you click on the charts they will become larger. If you want to learn more about technical analysis check out the website StockCharts.com.
C Fund: 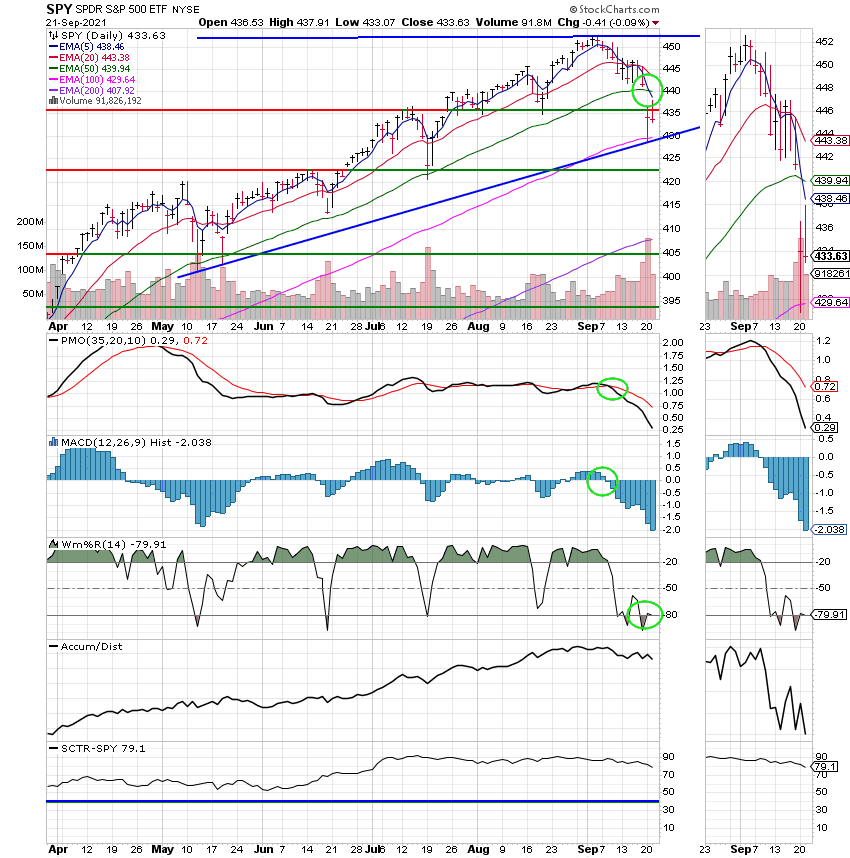 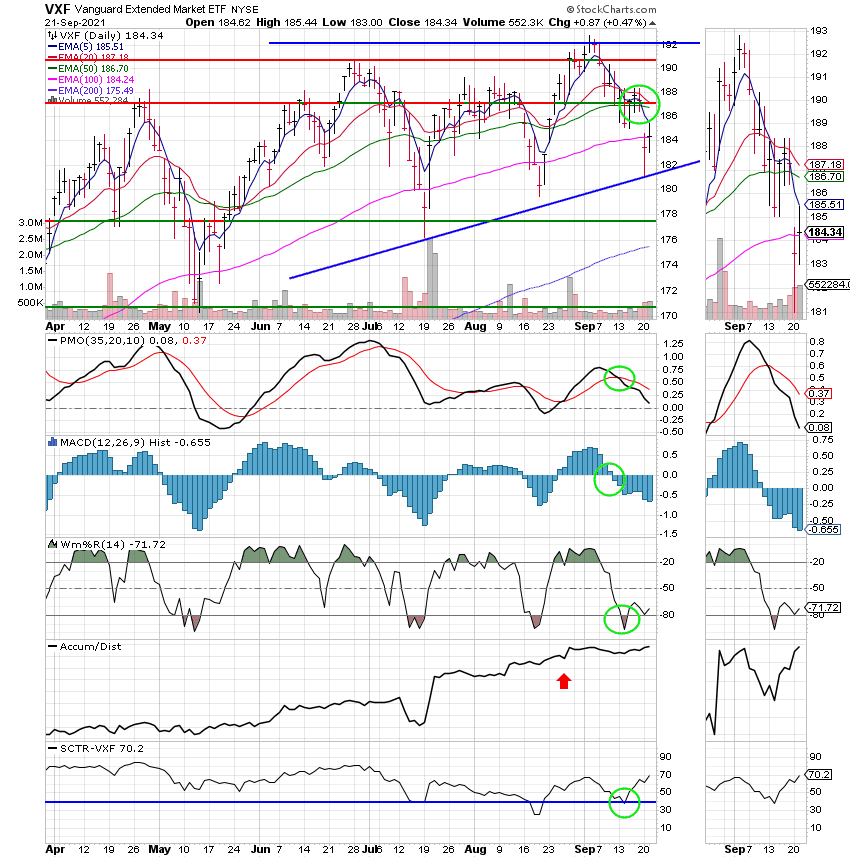 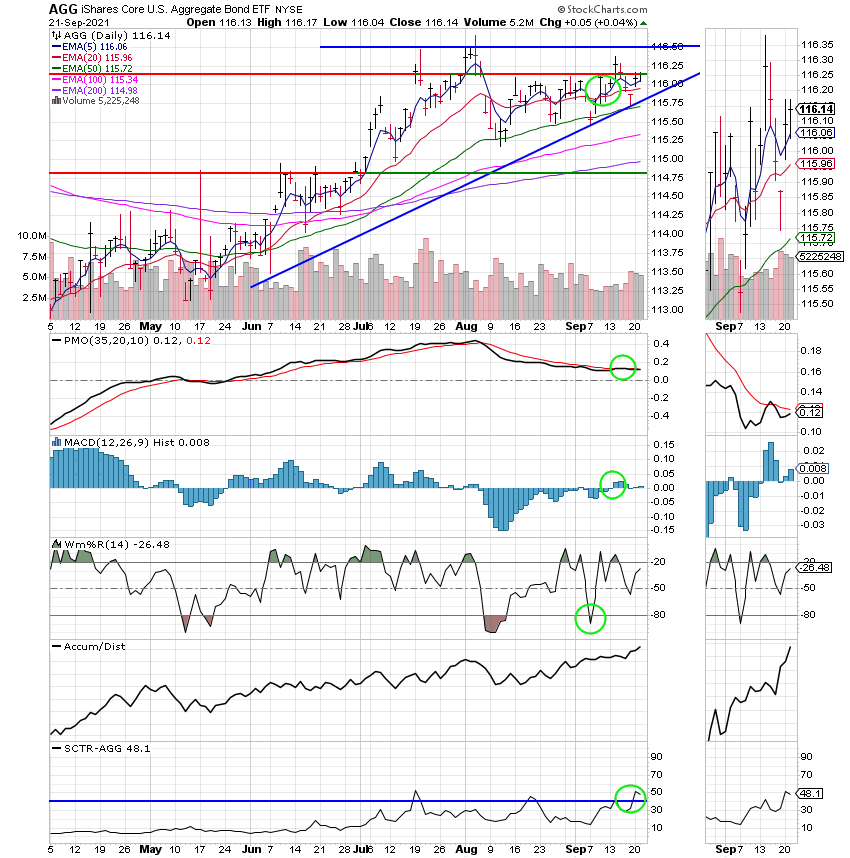 There is definitely a lot of downward pressure out there right now. It requires a lot of patience but we must hang in there while the current trend is in tact. There is a good case for the market moving in either direction. We’ll just have to be vigilant, keeping a close eye on our charts and react to what we see when it finally makes it’s move. That’s all for tonight. Have a nice evening and may God continue to bless your trades!

***Just a reminder that you can review the performance of our allocation at the Web Site TSPTALK.com in the autotracker section under the screen name KyFan1.
I produce and publish this blog as both a ministry and for the benefit of any Federal Government Employee. This is done to offer you some guidance as to how to approach your retirement more financially successful. When it is time for you to retire, I recommend you utilize the services of a Professional Money Manager, who works with a reputable investment firm. He understands the guidance you have already received and he can manage your savings assets utilizing a more advanced investment program into the future.
If you would like to receive more information about this introduction, please feel free to contact me at  KyFan1@aol.com.
Share
0